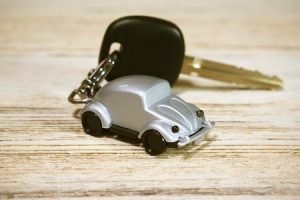 Technology – love it or hate it – affects almost every aspect of our lives, and the cars we drive are no exception. Of course, you might be the proud owner of a classic car which was built in the days before OBD systems, but the average motorist’s vehicle contains a wealth of sophisticated electronic wizardry.

At the heart of your car’s electronics is the OBD – the onboard diagnostics system. The OBD has a multitude of functions. If your car develops a fault, the OBD pin-points the problem saving your mechanic hours of time trying to identify the cause. And of course, when it comes to car repair bills – that’s saving you money too!

But the OBD also controls your vehicle’s security and that is becoming a significant problem. Nowadays, what’s known as ‘keyless car theft’ is big business with premium cars being at great risk and frequently stolen to order.

While you might think all this technology should make theft harder, as cars get more sophisticated, so do the thieves who target them. It’s not long ago that a high percentage of car theft was attributed to joy-riders. They’d break into a car, hot wire it, take it for spin and when they’d had enough, abandon it for the police or the owner to retrieve, often the worse for wear.

But while OBD systems have put paid to joy-riding theft, it has opened the door to a whole new breed of sophisticated car criminals. Using readily available and low cost electronic devices, your car could be broken into and stolen in less than 60 seconds. Hardly surprising then that around 300,000 cars are stolen in the UK alone each year.

So how can you prevent your car being stolen? A simple and cost-effective way to prevent keyless car theft is to install an OBD blocker. This electronic device prevents thieves from tampering with your onboard diagnostics system. The system works as normal carrying out its diagnostic task, but requires activation with a secure tag before it can be accessed. Want to know more about these ingenious devices? Why not watch this informational video on YouTube.

For less than the cost of the average insurance excess premium, you can buy and install an OBD Blocker. With distributors across the UK and authorised installers like LMI, you can fight back against car crime and help make sure it doesn’t happen to you.

Spare car keys – where do you keep yours?

Car transponder technology – did you know?

Let Me In Automotive Locksmith
5.0
Based on 58 reviews
powered by Facebook

Alan Kilham
2021-06-18T11:47:42+0000
Thank you for sorting my Ford Galaxy '66 plate today. Looking forward to worry-free motoring with the new key. Would... recommend to anybody who needs your services.read more

Pippa Arnott
2021-05-20T19:05:33+0000
Tjark is amazing. Nissan couldn’t fix my remote car key but Tjark did it in 5 minutes. He sorted out both of my keys... and saved me a fortune plus gave me some Very useful tips. Such a helpful and kind man. Thank you Tjark. Pippa xread more

George Hill
2021-05-06T13:03:40+0000
What a fantastic service. Great communications from the start. Very prompt arrival on site. New key supplied and... programmed for our charity minibus. Could not have been a better service from the start. Highly recommended.read more

Eric Robinson
2021-04-15T21:54:26+0000
brilliant service, knew exactly what was wrong with the car straight away and very quickly fixed it, would definitely... recommend.read more

Andy Betson
2021-03-08T20:53:49+0000
Every time I need a spare key cutting or coding LMI are the only ones I call. Friendly, helpful, seriously professional... - and I've always been more than happy with the price. Whenever I've recommended LMI to a friend or colleague I've given them a simple personal guarantee "If you're not happy with the service or product then tell me and I'll pay the invoice" Nobody has ever come back to me to ask for my money.read more

Greg Walker
2020-04-24T14:22:26+0000
Absolute brilliant service, was very helpful, and got my car central locking sorted in matter of no time. Could not... recommend highly enough. Thanks againread more

Claire Alonzo
2019-08-19T20:58:46+0000
I was visiting the UK to meet my first grandchild. Whilst there we had an incident where the car keys got locked in my... daughters car along with our newest family addition!!!. Tjark Andrews came out and unlocked the car quickly and without any damage. He would also not take any payment of any kind. Telling us he was on his way home!!. What a wonderful man with such a kind heart.read more

Holly Mills
2019-08-07T10:32:58+0000
Couldn’t fault LMI when I needed all my car locks changing. Tjark offered to come out the same day for a very... reasonable price beating other places by far. He was a lovely man who helped me out as well when I got worried about my insurance company too and what they wanted him to do. I was recommended him by 3 people and I will now also recommend LMI to others. Thank you again Tjark.read more

Helen Downham
2019-04-07T10:15:52+0000
Quick, honest, great prices and reliable. Everything you need from a Locksmith. My mum was visiting us and her bag was... stolen with her car and house keys in, Tjark was extremely helpful in telling us the best and cheapest way to get new keys and get her home again. It was much appreciated, thanks again.read more

Rob Jackson
2018-10-27T12:01:16+0000
Life saver!!!! A week in a new house, bottles of beer and no bottle opener, then, found my LMI bottle opener key... ring!! Can also highly recommend for anything vehicle related as wellread more
Next Reviews